It’s not been very long since the last one, but who cares?

Today, I’ll be talking about the Banyan tree.

Now, when most people think of a giant tree, they think of something like a Redwood (which is impressive in its own right), or something like the Worldtree or the Tree of Might from DBZ. 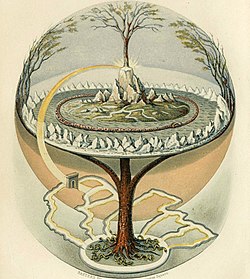 And okay, yes, this isn’t the Skyscraper of trees.

It’s the forest of trees.

…wait, scratch that.  That sounds redundant.

It’s the tree of trees?

See, most trees are fairly simple in design.  You have roots, a trunk, and branches coming out of the trunk which are usually covered in leaves.

The Banyan tree on the other hand likes to mix things up.  It grows roots out of its branches (called “prop roots”) that dig into the ground and eventually become trunks themselves. 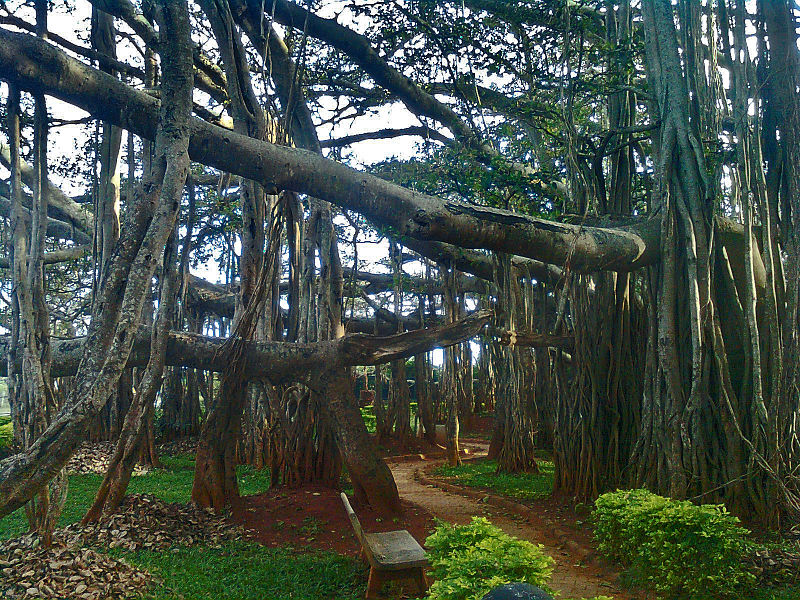 You see that?  That’s one tree.

Not even all of the tree, either.

So let’s go back a bit, and take a look at how you can grow a grove with a single seed.

Banyan trees are a type of fig tree.  They pollinate with the help of fig wasps that use the trees for shelter (encounter idea, pay attention), and their seeds are spread by fruit-eating birds.

Now, the seeds are small, so the ones left on the ground aren’t likely to survive.  The ones left on other plants or human buildings, however, have a better shot at it.  They start to grow roots down to the ground, partially enveloping the tree or structure they’re resting on.

This is why they’re among the plants called Strangler Figs. 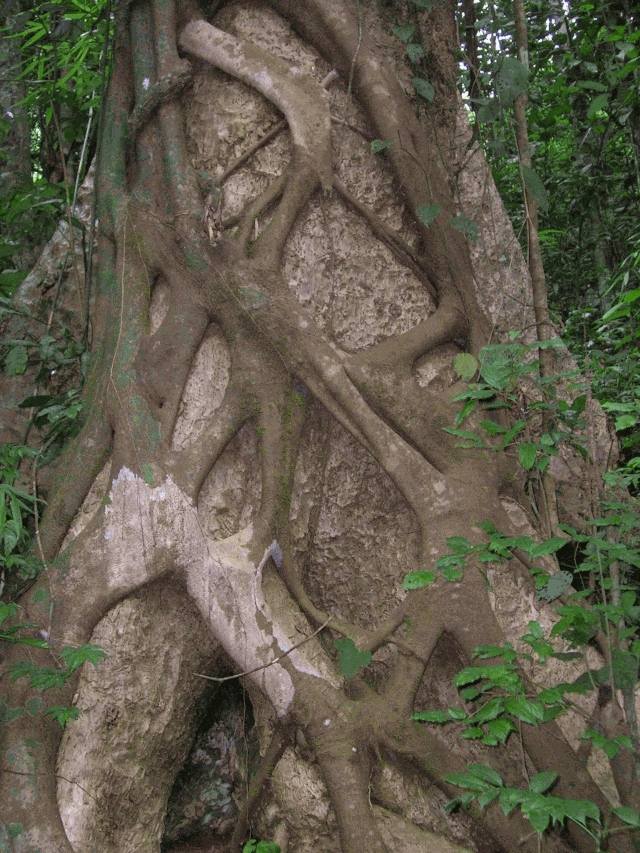 This can get so bad in old Banyan trees that they can eventually completely surround and crush their host tree with immense pressure, killing it like a boa constrictor made of wood.

The dead host trees eventually rot away, leaving a completely hollowed-out “primary” trunk for the Banyan, which are often used as a prized form of shelter for wild animals.  (Again, encounter idea, combine that with a giant lethal version of those deep-sea-vent tube worms, or a forest eel, or perhaps it’s where the massive spider colony nests)

Once the tree has grown enough, it starts to send out those aerial prop roots mentioned earlier, using them to help its branches spread out over a wide area.

Thimmamma Marrimanu, a Banyan tree whose name I won’t even attempt to pronounce, can be found in Anantapur in India, is over 200 years old, and has a canopy that is 19,107 square meters.  Its branches spread over 8 acres.  It was in the Guinness World Records for 1989 as the biggest tree in existence.

Oh, and like The Great Banyan which caught disease and had to have its primary trunk amputated to keep the rest healthy, it can keep going as a clonal colony.

This is like some sort of parasite-horror-movie tree that starts off infecting your friend, eventually takes over his body, and then eventually it’s devouring buildings and looking to take over the tri-county area. 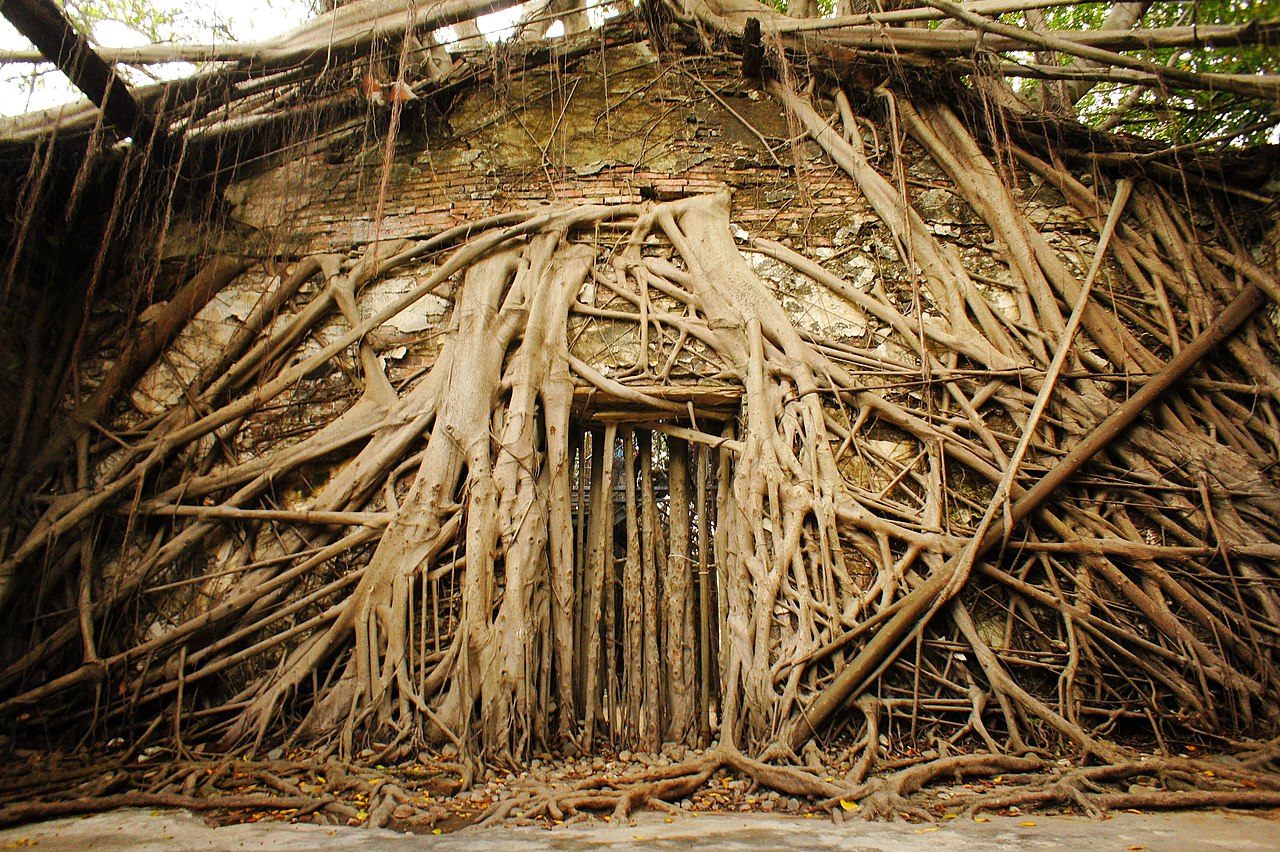 Now remember what I’ve said before about rpgs?

They’re fiction.  And that means we can push it even further.  Which wouldn’t even be too hard if you had some people or animals intentionally or accidentally grafting the branches of nearby Banyan trees together, (a gardening technique that lets you basically Frankenstein tree parts together into a single living plant) so they essentially became the same tree, connected at the canopy.

Or you could have a Banyan tree the size and scale of a Redwood, with branches going out all through that grafted forest like intersecting continuous highways, allowing someone with good balance (and being able to climb a little where it gets rough) to cross the entire place without setting foot on the ground.

Other Epiphytes (plants that grow on other plants, like the Bromeliad) could grow there, great insect colonies could fight over territory of the same tree as they nurture it for both shelter and food, etc.

I wonder what sort of important structure such a tree might have grown around?  Or what sort of creature(s) might live inside its hollow trunk?