So, it’s not really quite within the realm of ecology or wilderness, per se, but I feel like I should probably devote a blog post about these two topics all the same.  Mostly because it’s biology related and you never see anyone else even really reference it, when there’s just so much potential to be had! 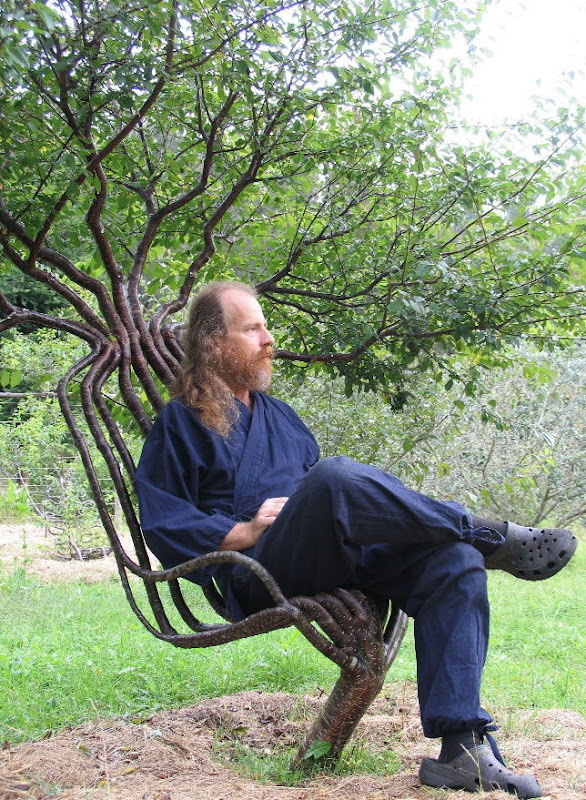 Yes, that guy made a tree into a chair without chopping it down first.  Here‘s his website.

See, trees (and plants in general) are actually much more pliable than you’d expect.  Since they don’t normally have to be in an exact configuration (aside from some generalities) as far as the trunk and branches, you can easily force them to grow in pretty much any way you like if you know what you’re doing.

For example, you can create an interlocked fence where several trees are woven together into one living wall.  Or have one tree’s trunk split apart to form supporting pillars for a table.  Or have two separate trees come together into a single one, forming an arch for people to walk under.

Really, just about the only limits are the size of the tree, your patience, and your imagination.  With the right filling material and care, you could literally grow a house.

And since the walls are alive and still growing (assuming you let it), they get stronger every year.

One other example of things people have done with tree shaping is to create living root bridges across rivers in northern India. 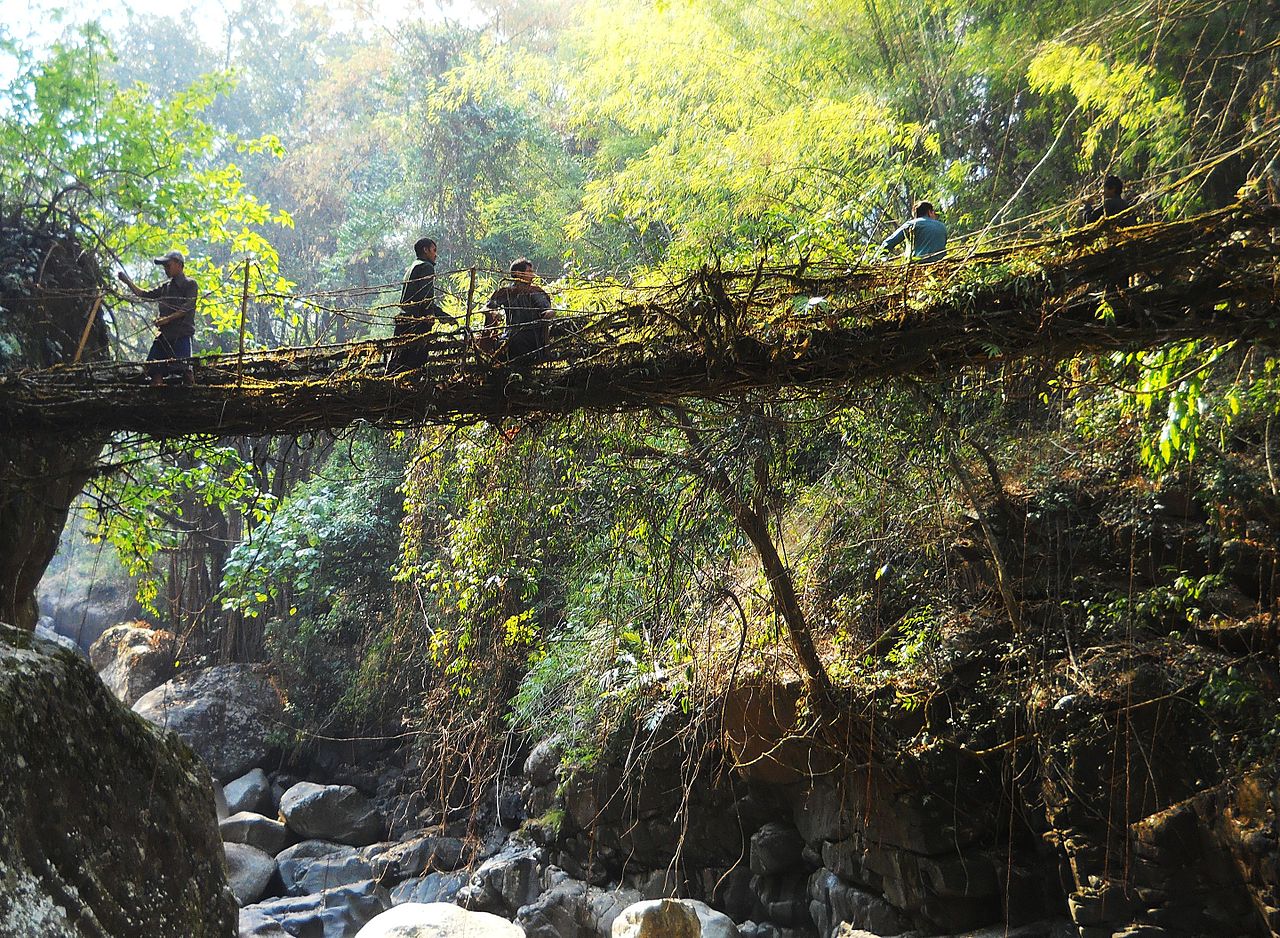 They build them by laying long logs cut in half lengthwise across a river, with one end at the base of a tree.  The roots use the log as a guide to grow along, until they eventually reach the other side, fasten in place, and grow strong enough to support themselves.  The people in the above picture are making repairs by using the young, pliable aerial roots of a fig tree (like the Banyan tree I posted about earlier) to create hand rails.

You can even decorate the walkway with stepping stones or tiles if you like.

Heck, what if you went further?  What if you elevated the tree and controlled the root and trunk/branch structure from a young age until you were able to make the tree enclose itself in the shape of SHIP?  Sure, you’d need to pick a tree that could survive heavy amounts of salt water, like some form of giant Mangrove tree, but you could use the tree as its own soil pot and if you were able to take proper care of it then you’d have a really sturdy ship that wouldn’t need much day-to-day repair and also could prevent against scurvy if you graft in a few orange tree branches.

So how about we take a look at Grafting?

As I said before, trees and plants in general are actually much more pliable than you’d expect.  Another way we can take advantage of this is by grafting them together (which is also used in tree shaping), or grafting parts of one tree onto another like an arboreal Frankenstein.

So yes, you can graft a branch from an Apple tree onto, say, an Orange tree and then have a tree that grows multiple fruits.  This can be taken to extremes, too, such as one guy who makes and sells trees with 40 different types of fruiting branches on them.

Here’s what it’s supposed to look like in Spring (artist’s representation):

Or you could instead use grafting, if you’re a REALLY long-sighted carpenter, to grow a tree for a project so you seamlessly transition from one type of wood to another in the final product.

Heck, I kinda wonder if anyone’s done something like that to create the perfect bow, like how a sword has different hardnesses in different parts of the blade?  Would that even work?  I have no idea, but I bet a desk made out of the stuff would look amazing if done right.

Now imagine a society of horticulturists with the patience to do all of this to a forest of Redwoods, forming whole cities and pathways through and around the canopy, or to create their own versions of skyscrapers while smaller functional buildings are grown on ground level.

Just some raw elbow grease, some pruning sheers and wire, a solid plan in place (with the propensity to plan things out decades in advance regularly), and mountains of patience.