I enjoy documentaries.  Here’s a couple cool ones that describe imaginary settings:

The Future Is Wild.

Imagine what the future would be like, 200 million years in the future, long after humans have taken to the stars.  Imagine if they’d left Earth behind as a sort of “nature reserve”, not a single homo sapiens around, only checking in now and then to see how it’s doing.  How would life on Earth evolve?

This documentary seeks to answer that question.

From fish that actually fly, to giant land squids, this documentary imagines many strange and unique takes on life as we know it.  Some creatures seem stupid, others seem obvious, and yet others seem really clever.  But then, that’s true of life right now, isn’t it?

You know what I have a hard time finding in science fiction?  Alien worlds that aren’t shown to be absolutely crawling with some form of intelligent life or another.  (Honestly, I think that plays into the Fermi Paradox, but that’s a blog post for another time) 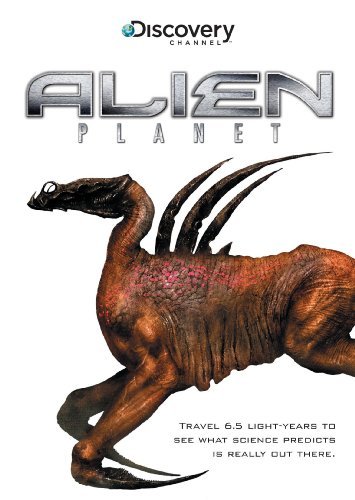 Alien Planet is a documentary that bucks that trend, and goes into imagining an alien world (named Darwin IV: a planet with two suns, 60% gravity and an atmosphere capable of supporting life) not based around what sort of intelligence might call it home (though that is the driving question for the exploration of the world), but instead investigates the natural environment and wildlife that may have grown on such a place.  What the animals and plants might be like, or how some organisms might blur the boundaries between those two kingdoms of life.

Both near and far, home and abroad, life can take a staggering number of possible forms.  There’s almost no limit to the kinds of creatures you could expect to see, save your imagination.

I won’t spoil the documentaries for you, if it’s possible to spoil a documentary in the first place, but I think you’ll enjoy taking a look at some of the things others have come up with.

Who knows, you might even get an idea or two from it.