The starter pokemon of the fantasy genre.

Ever get tired of seeing the same basic races over and over and over again, with just a few different interpretations?  Why is it that science fiction seems to have so many creative new intelligent species for nearly every work, while fantasy seems to just go with the same standard ones?

Perhaps a better question is, what do they actually add to the experience?

Odds are, not too much that a group of humans with similar culture wouldn’t already add.  We’ve seen them around enough that your players barely bat an eye at the idea, fantasy cities usually brimming with a whole host of cliche races (gnomes, half-elves, the typical “standard races” from D&D with maybe a few kobolds thrown in to seem “exotic”).

As if the dating pool wasn’t difficult enough, imagine having whole segments of the population you were literally biologically incapable of having a family with.  Even humans, with so many half-breeds, push it when you start including dwarves, halflings, etc.  Some people might consider that a plus, but as far as species survival goes, it doesn’t help matters.  And if you have something as crazy as the Star Wars Cantina scenes, it’s a wonder any species aside from the more numerous humans manages to maintain the population at all outside their homeworld.

If none of these extra PC races are actually adding anything that other humans couldn’t, then they’re probably ultimately taking away from the novelty of other things in the world, like unique monsters.

The players get used to everything being different for the sake of different.

If you want to throw them off their game, if you want to surprise them, then you need to follow three basic steps:

You need a pattern before you can have an exception to it, and if your pattern is “different for the sake of different”, then simply having something be a different species isn’t going to really grab the player’s attention unless the specific species has some kind of known backstory you’re taking advantage of.

If you simply make the Orcs, Elves, and Dwarves just different groups of humans, likely not even needing to change too many racial modifiers/abilities to do so, you open up the possibility of having a lot more wonder in your games when your players finally come across something that doesn’t belong.

Or, you could go the other route.  Players wind up being used to the standard races, so you could instead simply get rid of the standard races and go for the truly exotic right out of the box.  Things the players haven’t really seen much of before, if they’ve ever seen them at all. 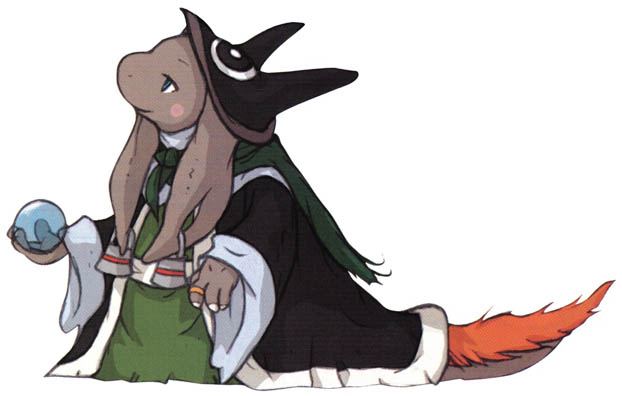 New races, like so many JRPGs like to create.  Something unusual, that your players will enjoy learning about and maybe even enjoy playing themselves.

You have the power to make your setting be just about anything you like, right?  Don’t be afraid to take advantage of it, and bring about something truly new.  Don’t just have Elves, Dwarves, and Orcs, “just because it’s fantasy”.

Let your imagination run wild, after all!